Every month, we highlight an outstanding example of UNH intellectual property with excellent commercial potential. Contact unh.innovation@unh.edu for more information about any of UNH's innovations. 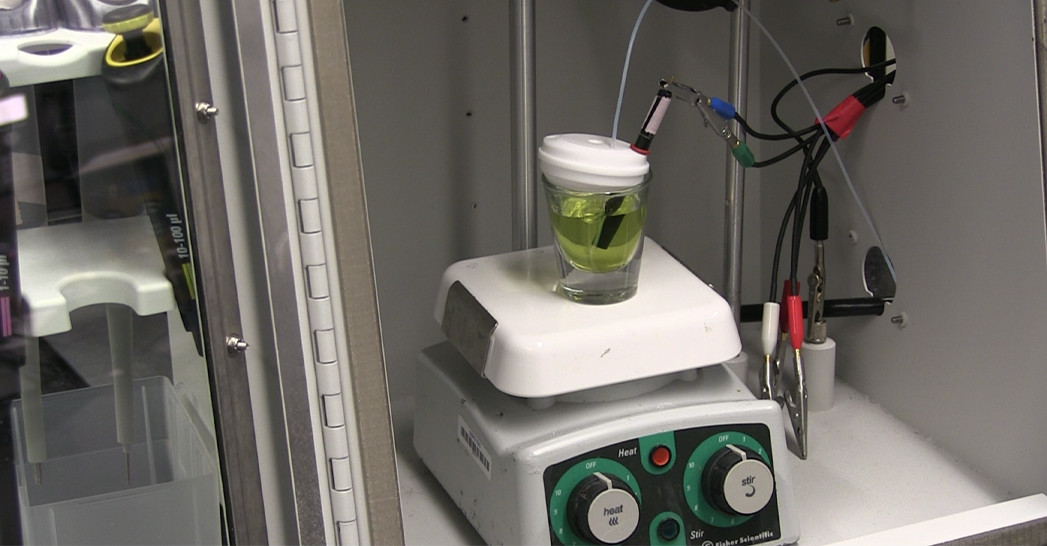 The use of cyclodextrin as a reusable and renewable surface for hydrophobic molecular recognition for electrochemical sensing, water treatment, and drug management.

In times of adversity, human bodies respond differently to stress. This stress response is often coupled with a change in blood pressure or release of steroid hormones, such as adrenaline and cortisol. Cortisol is a stress biomarker that is correlated to various diseases, including Addison's disease, Cushing's syndrome, Post-Traumatic Stress Disorder (PTSD), and Human Immunodeficiency Virus (HIV). For example, Cushing's Syndrome is associated with high cortisol levels. Additionally, Addison's Disease is associated with low cortisol levels. Cortisol levels can be an indicator of the overall health and balance of the adrenal glands and regulation of blood pressure. Consequently, quantifying cortisol levels from serum is advantageous in treatment therapies.

This invention has the ability to non-selectively detect hydrophobic molecules. In one embodiment, the detection of cortisol can be realized. The current means of detecting cortisol, along with other hormones, include urinary or blood analysis via immunoassays, which quantify the amount of unbound hormones present in blood. The Enzyme-Linked Immunosorbent Assay (ELISA) is a popular technique because of its accuracy and reliability. However, ELISA is typically only used in research and is difficult to operate in a standard, public clinic due to its cost (priced from $400-$1,300) and intricate sample processing. An alternative cortisol immunosensor has been constructed using cortisol-specific antibodies that bind specifically with cortisol. However, antibodies have limited shelf-life and batch-to-batch variation.Currently, there are no cortisol detection methods that are available for use at public clinics.

The sensor's construction and the software used for the sensing technique make it feasible for use as a standard general health diagnostic tool for use at public clinics. With ELISA, detection time typically takes around 3 hours. In contrast, this invention, which utilizes electrochemical impedance spectroscopy via Gamry instruments, can run a single sample analysis in 5 to 10 minutes. Similarly, the proposed sensing paradigm is intended to be robust and non-degradable over time, which will increase the shelf-life of the sensor.

Prof. Halpern obtained his Ph.D. in Chemical Engineering in 2010 at Case Western Reserve. His first post doctorate (2011-2012) was funded through a T32 musculoskeletal NRSA training fellowship at Case Western Reserve University. Prof. Halpern obtained a Fulbright Scholarship and Lady Davis Fellowship (2013-2014) to work at the Technion-Israel Institute of Technology. The knowledge gained in all of these experiences is fundamental in his laboratory which focuses on surface enhanced electrochemical diagnostic sensors. We use surface modifications to recruit biomolecules towards an electrochemical sensor surface for enhanced sensitivity and selectivity. We are actively involved with various detection paradigms, primarily using electrochemical analytical methods to evaluate biological media. Our group mainly focuses on analyzing ex vivo biosamples (blood, saliva, etc. removed from the body. i.e. blood draw); we hope to accurately identify and diagnose various diseases early and accurately from these biosamples.