Innovator of the Year

Every year, UNHInnovation hosts an Innovators’ Dinner to celebrate and encourage the commercialization of innovative ideas generated through UNH research. During the dinner, we announce the annual J. Brent Loy Innovator of the Year Award recipient. The award, named for plant geneticist J. Brent Loy who received the university’s inaugural Innovator of the Year award, honors UNH faculty and staff who have demonstrated exemplary innovation commercialization and have successfully translated their research and ideas into social and economic impact.

2019 Innovators of the Year 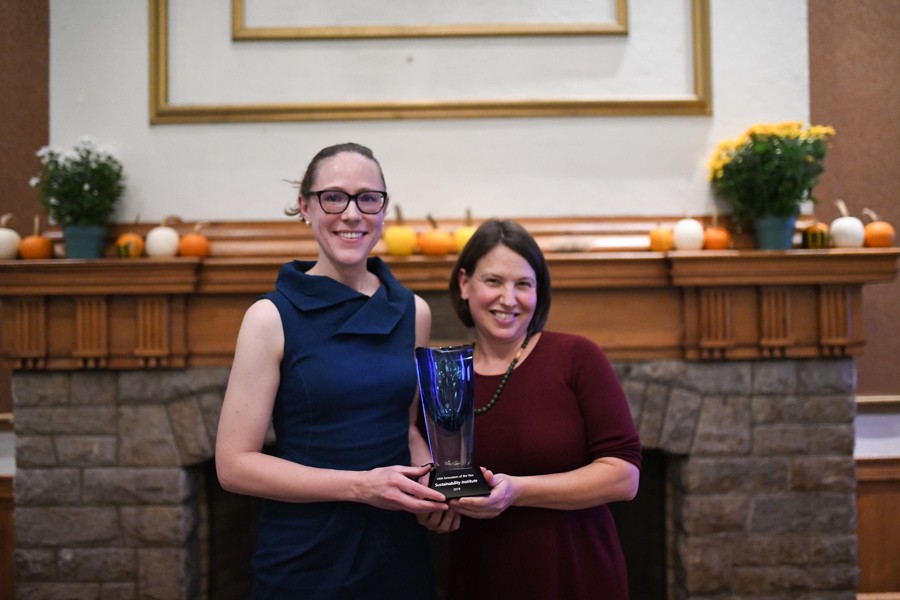 2019’s J. Brent Loy Innovator of the Year Award recipients are Jennifer (Jenn) Andrews and Allison (Alley) Leach, Ph.D. for their roles in developing and commercializing SIMAP (Sustainability Indicator Management and Analysis Platform). SIMAP is a comprehensive, valuable online tool that colleges and universities can use to measure, calculate, and report carbon and nitrogen footprints. The mission of SIMAP is to help campuses track their footprints so they can meet their sustainability goals as effectively and efficiently as possible. There are currently over 500 institutions that are using SIMAP to calculate, track, and reduce their negative impact on the environment.

Jenn and Alley recently participated in the UNH I-Corps program, which helped them position SIMAP as an innovation that can also drive student and community engagement in sustainability awareness on campuses. Using their data from I-Corps, they are exploring new business models that will enable greater adoption of SIMAP and new features to help drive lower-emissions on campuses and create a financially sustainable future for SIMAP as a leader in carbon and nitrogen tracking and analysis.

Jenn is a sustainability project director at the UNH Sustainability Institute (UNHSI). She comes to UNHSI from Clean Air-Cool Planet, where she worked for 13 years promoting practical climate solutions for colleges and universities as well as municipalities and businesses. During her tenure there, she helped to launch, oversee, and continually develop the Campus Carbon Calculator, which is now the carbon calculator component of SIMAP. She holds a B.A. in English and an M.A. in Mental Health, both from UNH.

Learn more about 2018 Innovator of the Year 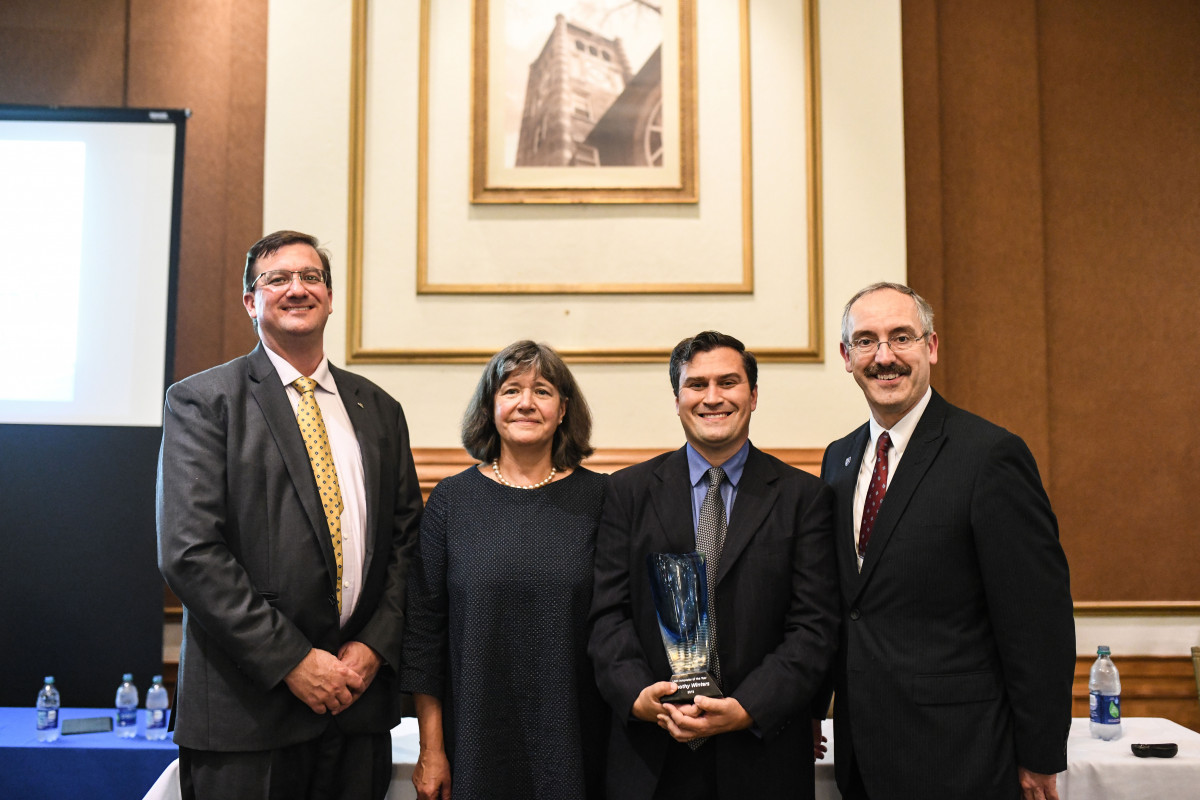 INTACT first started as a simple home-grown software solution for the purpose of testing networking equipment while supporting the IOL's dual mission of educating students and improving the data communications industry. It has since grown to become the largest licensed product at UNH that is used worldwide.

INTACT has helped the global Internet Community ensure a successful deployment of the next generation of internet protocols (namely IPv6) for supporting the growing Internet. Over the past ten years, the US Government set a requirement of only purchasing IPv6 enabled IT equipment and with the IOL's thought leadership and INTACT software the IOL was ready to support the requirements. If you use the internet then you have benefited from INTACT!

Timothy's leadership was critical, especially in recognizing the need for rapid testing by developers in industry. Tim has spent his career at UNH implementing new strategies to meet the IOL's mission and paving the way for newer innovations. He was essential in taking INTACT as a home-grown solution to a fully viable commercialized product. Without his drive and expertise, companies worldwide would not be able to deploy their products with high confidence. Tim is also providing UNH students experiential learning whereby they improve the software to meet customer requests. These distinctive accomplishments of Timothy Winters reflect credit upon himself and the InterOperability Lab.

Learn More about 2017 Innovator of the Year 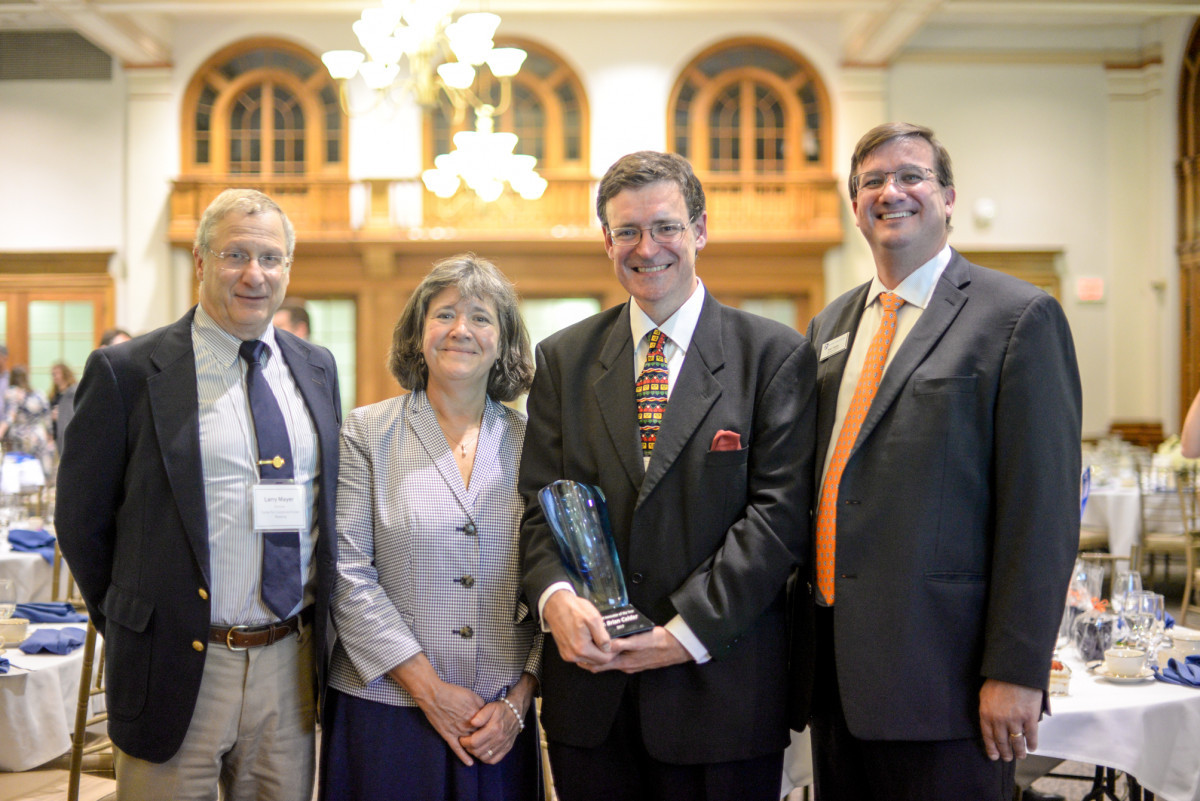 Brian joined UNH in 2000 as a research scientist in the Center for Coastal and Ocean Mapping and the NOAA-UNH Joint Hydrographic Center (CCOM/JHC). He earned his masters and doctoral degrees from Heriot-Watt University in Edinburgh, Scotland, demonstrating his expertise in computing and electrical engineering.

Brian is currently a Research Associate Professor in Ocean Engineering and the Associate Director of CCOM. His research interests include methods for error modeling, propagation and visualization, and adaptive sonar backscatter modeling.

Brian’s research has led to the development of numerous software innovations, including CUBE and CHRT. The CUBE algorithm is used to process hydrographic data to make nautical charts more automatic, objective, and faster. The software is in use around the world, starting with NOAA’s field units for processing of their data since 2006 to the Hydrographic Offices in Canada, Chile, Portugal, UK, and the US. It has also been implemented in many commercial hydrographic data processing visualization systems with 16 companies from around the world.

Brian followed-up this success with the CHRT software, an amped up version of CUBE.  Brian created CHRT by pulling together a global co-development group of industrial and academic partners and leveraged his on-going relations with the NOAA Office of Coast Survey to collaborate on CHRT development and implementations in both commercial and non-commercial packages.

The Impacts of Brian’s Innovations

Brian’s CV contains a section called “Cruises”, where he has participated in or led over 50 mapping missions of various water depths around the globe, including Hawaii, British Columbia, Alaska, the Equatorial Pacific, the high Arctic aboard the icebreaker USCGC Healy, the Gulf of Mexico, and Iceland.

Brian has pioneered the use of high-resolution modern Multibeam Echosounder systems for Underwater Archaeological investigation. His archaeological mapping missions have included Scapa Flow, Orkney, Scotland, US D-Day beaches in Normandy, France, and bodies of water along the Texas/Louisiana border (to aid in the recovery of debris from the Space Shuttle Columbia in 2003).

He has also chaired the Open Navigation Surface Working Group since 2003, which created the standard for the interchange of high resolution bathymetric data.

2016 Innovators of the Year

Learn More about 2016 Innovators of the Year 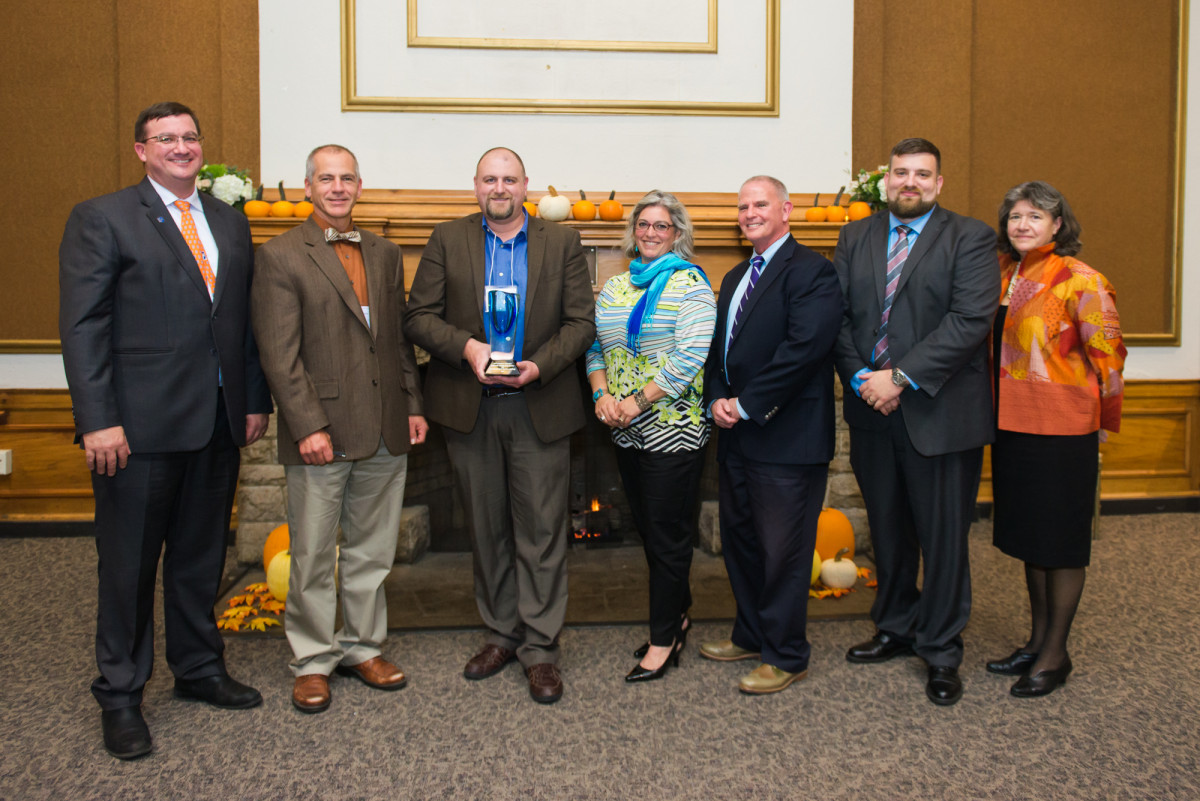 UNH creates an online system for the inventory and use management of chemical stock, biological agents, radioactive materials, and hazardous waste. This system is known as UNHCEMS.

This innovation started with a fine from the EPA in 1997 due to violations of the Resource Conservation and Recovery Act. From this, innovators took the opportunity to thoughtfully design, develop, and implement an online inventory management system.

This is a remarkable 20-year collaboration between two departments within UNH’s Office of Research. Under the leadership of Brad Manning (EH&S) and Patrick Messer (RCC), we have seen EH&S at the forefront, mapping out the needs, vision, and use of the system, with RCC on the backend, developing the architecture and code.

Brad and Patrick’s leadership created the space for a fluid relationship to develop between those individuals who are truly responsible for making CEMS the resiliently dynamic system that it is.

This is a story about two entities that forged an innovative partnership to provide an enterprise-level solution that benefits the students, staff, faculty, and institution.

The Implementation and Success of UNHCEMS

Since UNHCEMS was first piloted in 2001 at UNH, the following has happened:

Collectively, this translates into the improved integration of emergency services within a community, cost savings, managed risk, and a strong foundation for the growing and competitive research enterprise.

Early recognition from the EPA for CEMS led to licensing the system to Brown University in 2003, followed by an additional 30 academic and commercial licenses over the past 13 years. CEMS has generated over $1M in cumulative royalties, and provided an affordable solution for organizations to manage their hazardous material inventories, remain compliant with ever-changing, increasingly stringent federal requirements, and serve as a cornerstone for the prioritization of a culture of laboratory safety for any organization.

Learn More about 2015 Innovator of the Year 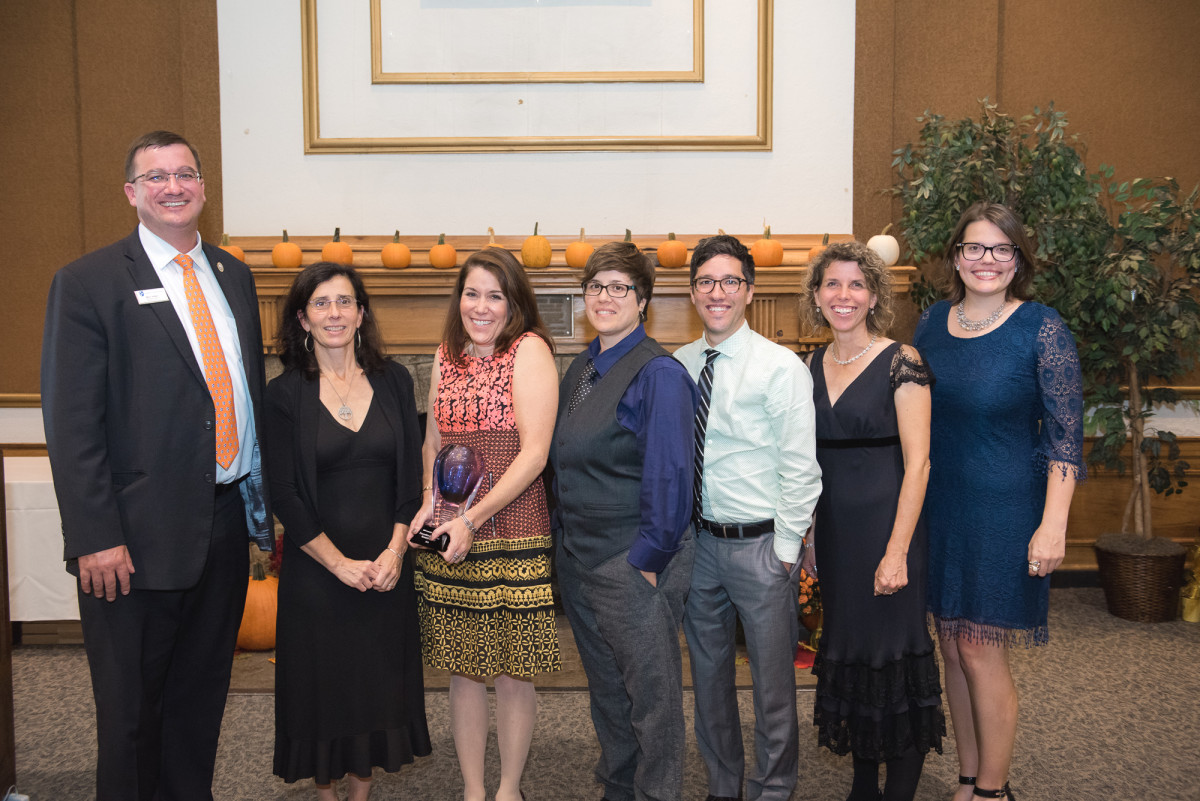 Jane joined UNH in 1986 as an affiliate instructor in women’s studies. As an activist, administrator, policy maker, service provider, and researcher, she has worked in the field of ending sexual and relationship violence for 28 years.

Sharyn joined UNH in 1998 as an associate professor in the Department of Sociology. For the past 25 years she has been involved in sexual violence prevention as a lead researcher, sat on boards for rape crisis centers, and continues to be a vocal advocate for prevention methods.

In 2006, Prevention Innovations was formed as a research and training unit with a mission to develop, implement, and evaluate programs, policies, and practices to end sexual, relationship, and domestic violence. Since its inception, the leadership team has continued to participate in national and international research projects to meet its mission.

Since 2008, UNHInnovation has worked with Prevention Innovations. In 2011, UNHInnovation focused on the “Bringing in the Bystander” and “Know Your Power” programs and filed for federal trademark registration. Both of these programs are not only innovative, but are also the only evidence-based programs of their kind.

The Success of Their Innovations

The Center has produced a mobile app, video game, high school program and a private school program. In addition, they have been focusing their efforts on partnering with large state school higher education systems, extending its reach through international licensing, and even building a national consortium.

Learn More About 2014 Innovator of the Year 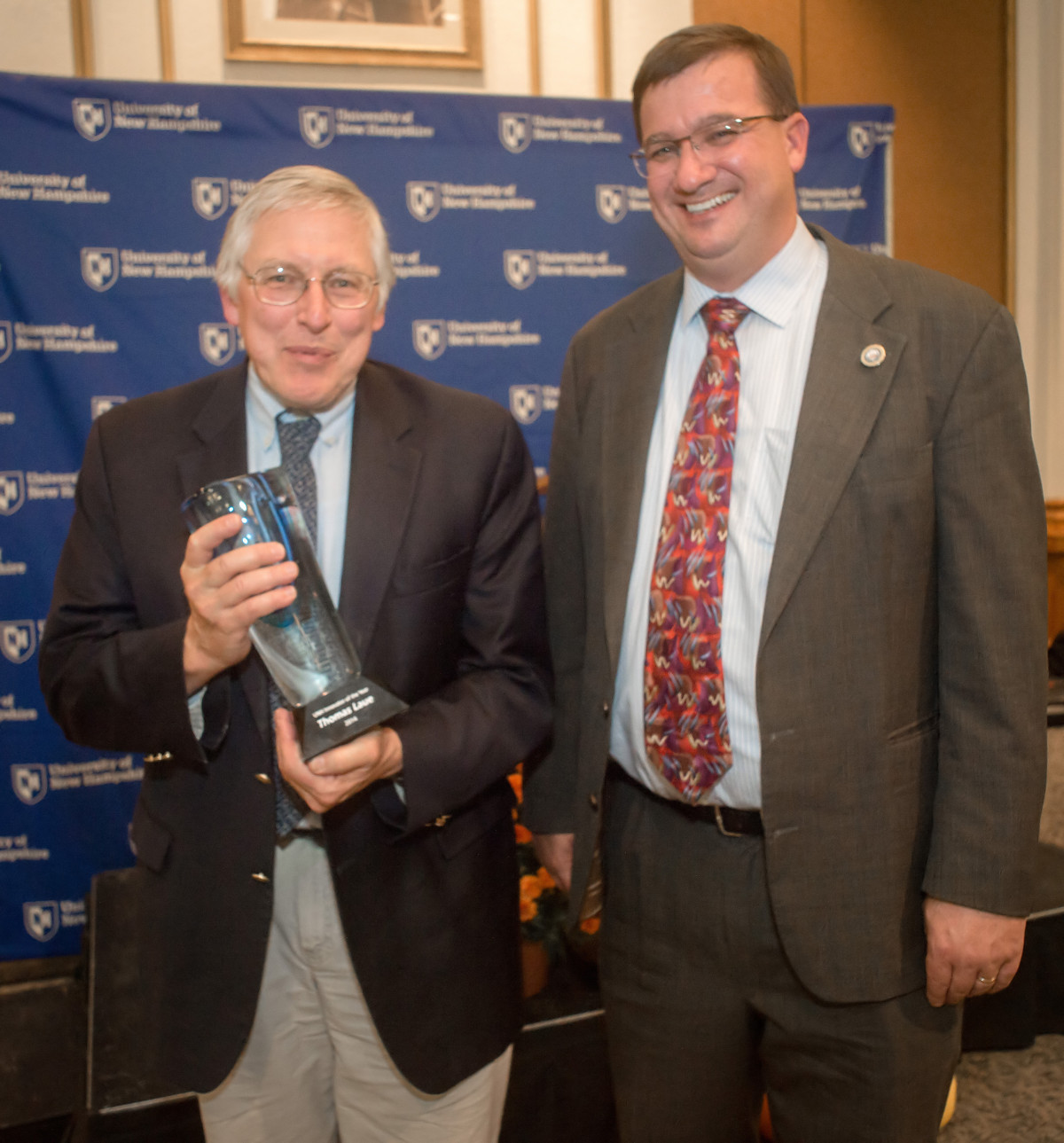 Learn More about 2013 Innovator of the Year 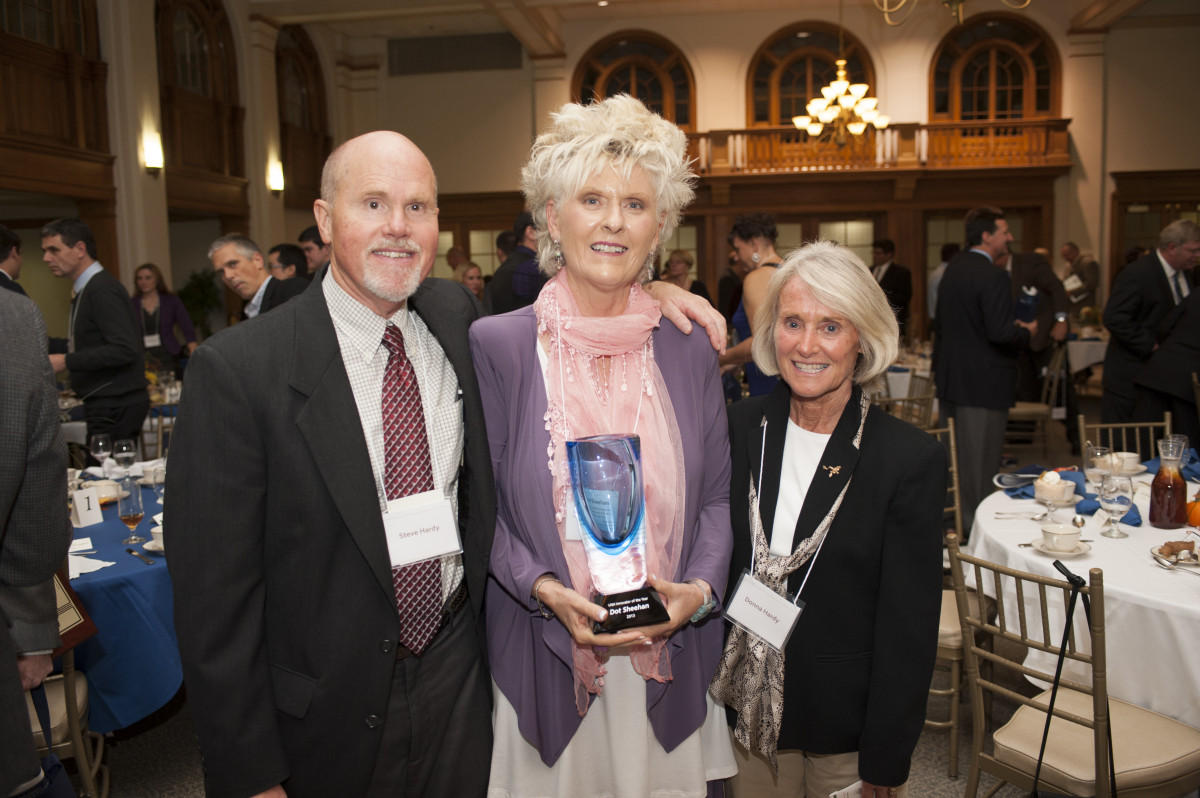 Learn More about 2012 Innovator of the Year 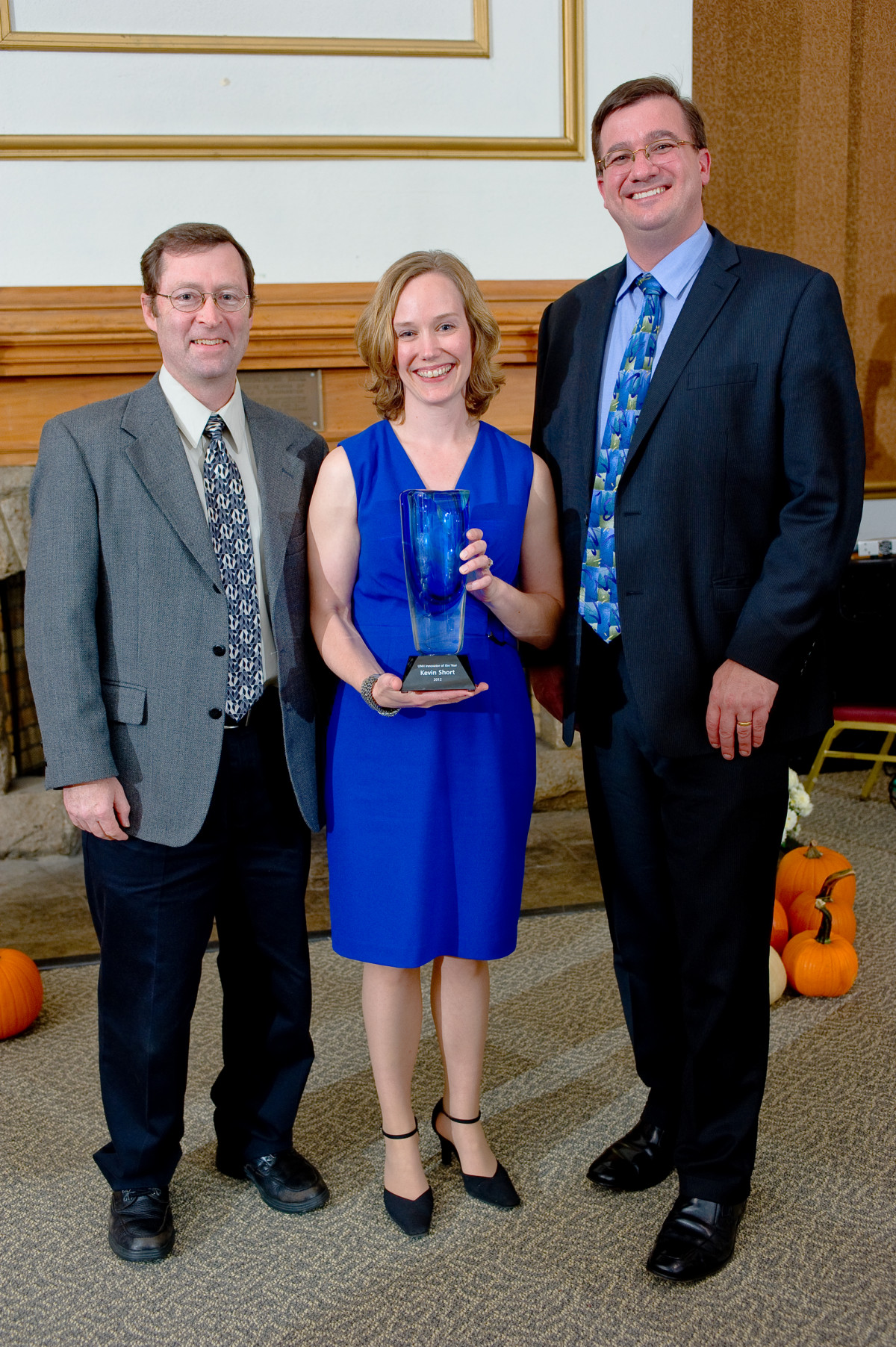 Learn More about 2011 Innovator of the Year 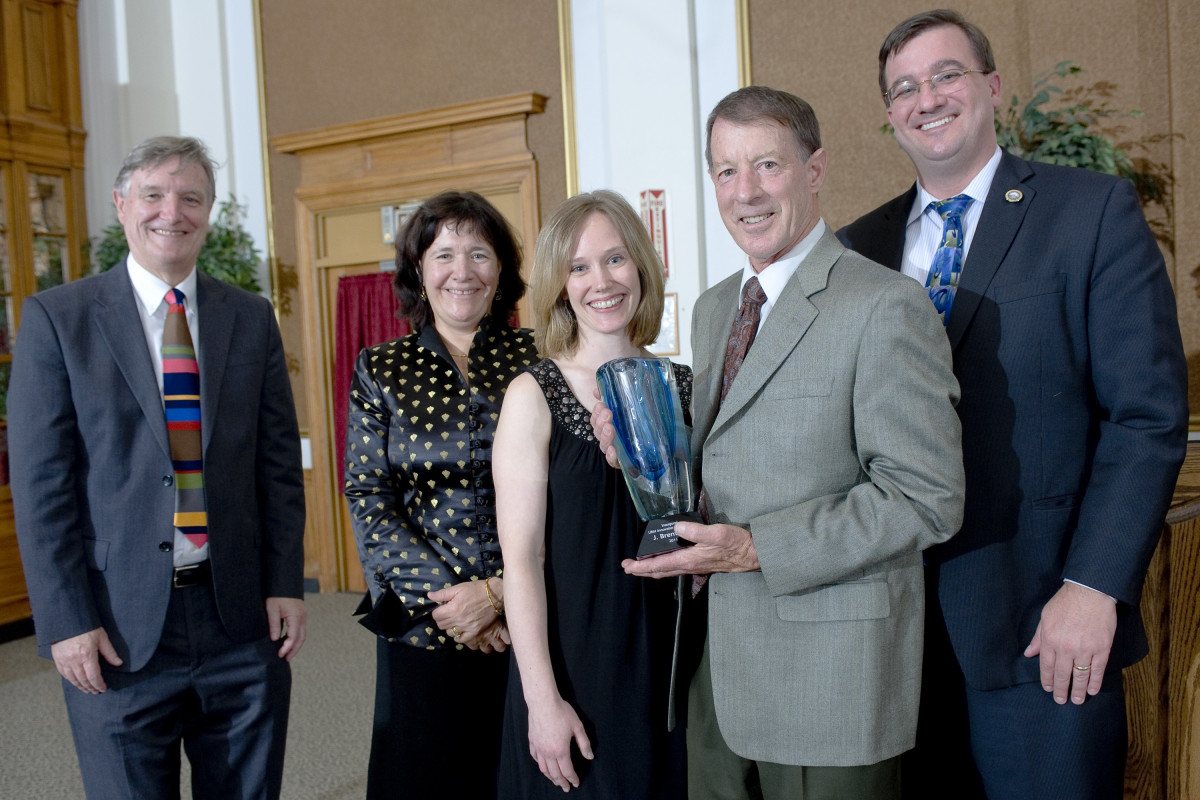